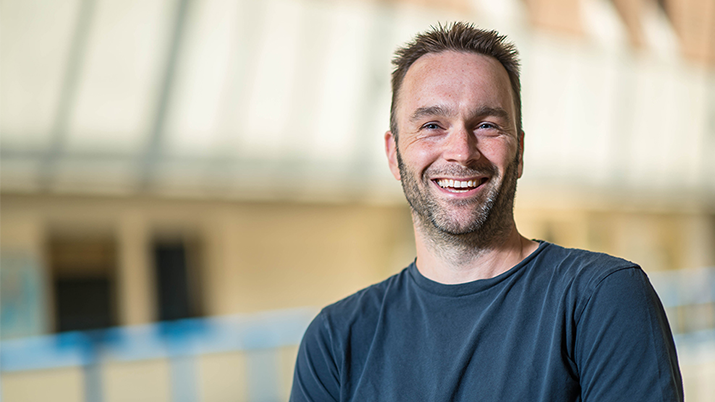 Neurons born in adulthood continue to grow and develop much longer than previously thought, according to a new study published today in the Journal of Neuroscience.

The study was done on rats and focused on neurogenesis—the process by which new neurons are formed in the brain—and specifically looked at cells in the hippocampus, the part of the brain involved in memory, learning and emotions. Previous research has shown that neurogenesis happens in the brains of many adult mammals and for some time, it was assumed that it also happened in humans, making it an exciting area of studying for brain-based diseases such as Alzheimer’s and depression. But a study published in 2018 made shock waves in the field by concluding that neurogenesis does not in fact happen in adult humans.

This was the motivating factor behind Dr. Jason Snyder wanting learning more about neurogenesis in adulthood.

“While the verdict is out on the exact amount of neurogenesis in adult humans, the age-related decline in neurogenesis has led some to believe that maybe it’s not important for the aging population,” says Dr. Snyder, associate professor in the department of psychology and researcher at the Djavad Mowafaghian Centre for Brain Health.

Up until now, a challenge in understanding neurogenesis has been that most studies examine adult-born neurons within a critical window of two to six weeks. During this time cells are very plastic and are thought to have the greatest impact on behaviour, with the assumption that once an adult-born neuron reaches two months of age, it’s fully matured. Dr. Snyder wanted to know if these neurons might continue to mature and change beyond this traditional critical period.

“The problem with the current thinking is that most assume newborn neurons are only important when they are young and have special memory-related functions. But what if cells born later in life continue to mature and become something different than those born in infancy? Does that mean these cells would still have room to grow later in life when fewer neurons are being generated? That’s what we wanted to find out.”
Jason Snyder
Assistant Professor, UBC Psychology

To do this, Dr. Snyder and his team used a virus to fluorescently label neurons born in both infancy and adulthood in rats and tracked them beyond the typical six-week mark. They found adult-born neurons continued to grow and form connections with other neurons until six months of age. This is a quarter of the rat’s life span, and one of the longest observation periods in this type of study to date. The neurons born in adulthood were both bigger and formed more neuron-to-neuron connections than those born in infancy. (Image below depicts fully reconstructed dendritic trees). 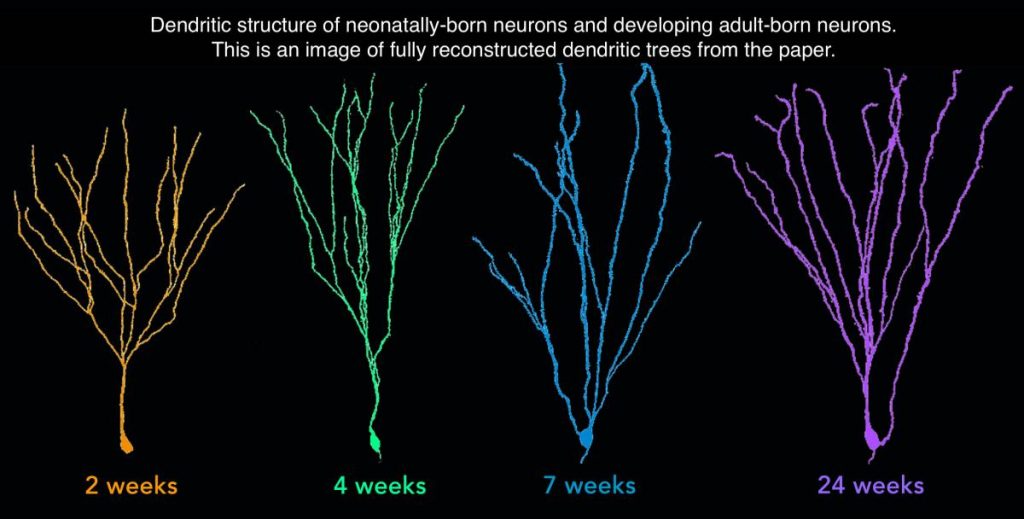 These findings suggest that adult-born neurons in rats have functions that are distinct from neurons born earlier in life and that they can continue to contribute to plasticity since they mature over a long period of time. This means that even if neurogenesis declines earlier than we would like, any new cells born throughout the lifespan can continue to contribute to learning and regeneration in the adult brain. More experiments are needed to determine if the same is true in humans.

“Our study is exciting because it gives us a new framework for studying these cells,” says Dr. Snyder.  “Even if neurogenesis stops as we age, our study shows that it’s still relevant because cells take so long to mature and keep growing for so long. This is really just a different way of looking at them.”

This article was originally published on the Djavad Mowafaghian Centre for Brain Health‘s website. Read the article. 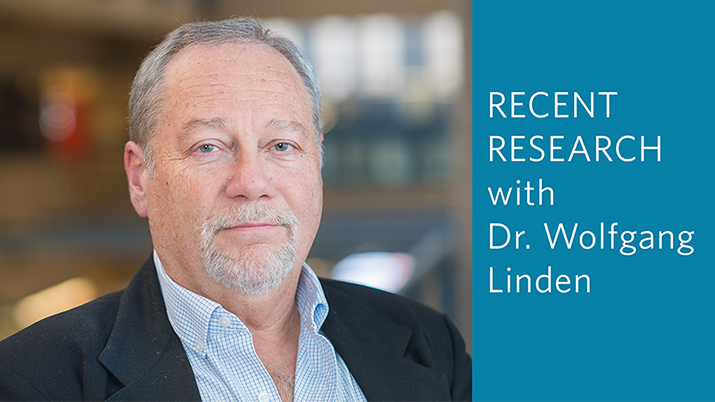 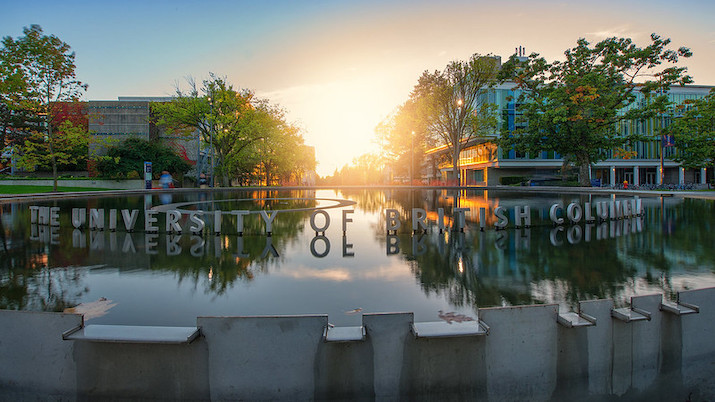 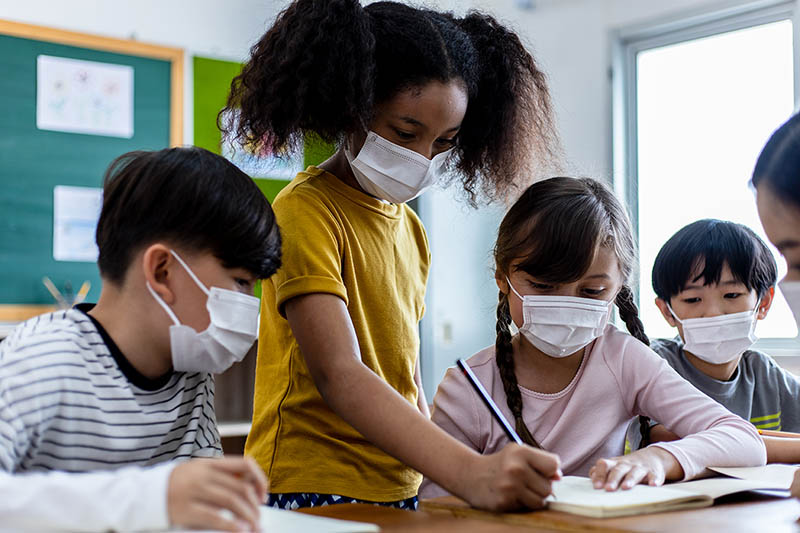