Dr. Janet Werker, Professor, UBC Psychology and Canada Research Chair, Psychology is internationally known for her research investigating the perceptual foundations of language acquisition. Her over 100 papers and chapters have appeared in such prestigious journals as Science, Nature, Trends in Cognitive Sciences, Proceedings of the National Academy of Sciences, Psychological Sciences, and Cognition. Awards include the Killam Research Prize, UBC Alumni Prize in the Social Sciences, the Jacob Bieley Prize (UBC’s premier research prize), and Fellowships in the Royal Society of Canada, the Canadian Psychological Association, The American Academy of Arts and Sciences, The American Psychological Society, and the American Association for the Advancement of Science. 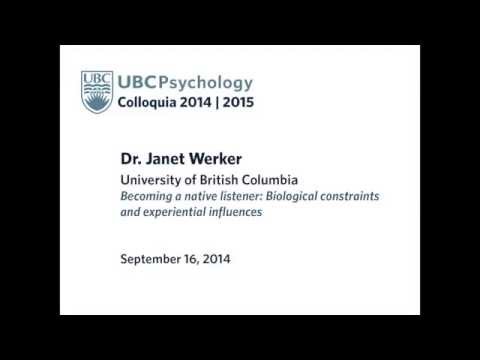