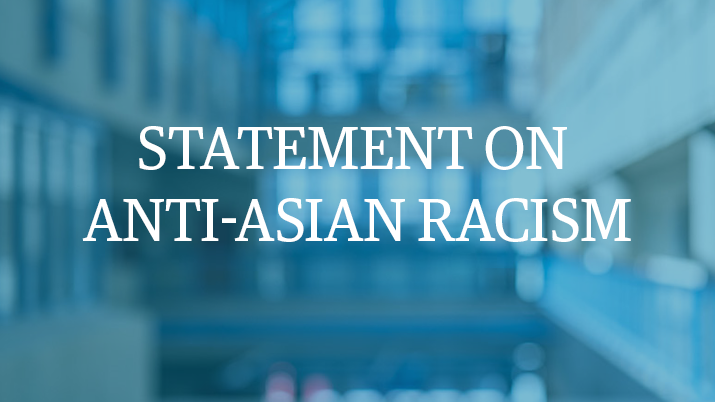 The Equity Committee stands with you in support and in mourning of eight lives, six of which belonged to Asian-American women, lost on March 16th in the metropolitan area of Atlanta, Georgia. We recognize that a statement cannot alleviate the hurt, pain, fear, and anger caused by the series of shootings. A statement cannot provide justice to those murdered and those affected by anti-Asian racism, both in the past and in the present.

Members of our Equity Committee have been independently processing this event, and we have recognized that as a collective we cannot stay silent about this atrocity and the systemic racism and white supremacy that sustains anti-Asian racism. We have waited too long to acknowledge the devastating loss of these women’s lives.

The Equity Committee stands in support of its Asian students, postdocs, staff, faculty, and affiliates. This targeted attack was the direct outcome of anti-Asian prejudice and racism in the US and Canada that continues to threaten the safety and well-being of members of our community.

The COVID-19 pandemic has caused a rise in anti-Asian racism and incidents that affects Asian communities across North America, including a 717% increase in anti-Asian hate crimes reported in Vancouver during the pandemic. These incidents of discrimination against Asian Canadians are often underreported and range from everyday microaggressions to racial slurs and threats to physical assaults. Still, these are only the most recent manifestations of a long history of anti-Asian prejudice and racism in British Columbia, Canada, and North America. After thousands of Chinese labourers helped build the Canadian Pacific Railway, the 1885 Chinese Head Tax and the 1923 Chinese Exclusion Act restricted most forms of Chinese immigration to Canada. In 1907, angry mobs stormed Vancouver’s Chinatown and Japantown in Anti-Asian Riots lasting three days, devastating communities and resulting in a ban on immigration from Japan. In 1914, the Indian passengers on the Komagata Maru were wholesale denied entry and forced back to Calcutta. In 1942, the government forcibly removed 22,000 Japanese Canadians from their homes and imprisoned them in internment camps.

The murders of Asian American women in Atlanta further illustrate the intersection of racism and sexism that has long existed in North America, from the U.S. Page Act of 1875, to colonialism and military-fueled sex trafficking of Asian women and girls, to the fetishization of Asian women in media. This combination of racism and misogyny have given rise to the dehumanization, objectification, harassment, and violence that many Asian women face on a daily basis. We acknowledge the traumas that disproportionately affect women of Asian descent, with women reporting nearly 70% of anti-Asian hate incidents in BC.

Our statement is limited in its capacity to deliver the quality of support and safety our Asian students, postdocs, staff, faculty, affiliates, and community have a right to feel. We hereby commit ourselves to working to provide you with a safer and more inclusive environment.

The Equity Committee has taken steps towards improving the well-being of racialized students. We are implementing programs that facilitate the inclusion of BIPOC perspectives (including but not limited to Black, Indigenous, Asian, and Latinx perspectives) in course materials. We are establishing a diversity mentorship program for prospective graduate students. We are creating student groups for first generation students, with the ultimate goal of expanding to provide a supportive space for students with other identities. We hope these initiatives will create momentum in combating the long history of racism and white supremacy that defines our field and the spaces we occupy. But there is much work to be done. 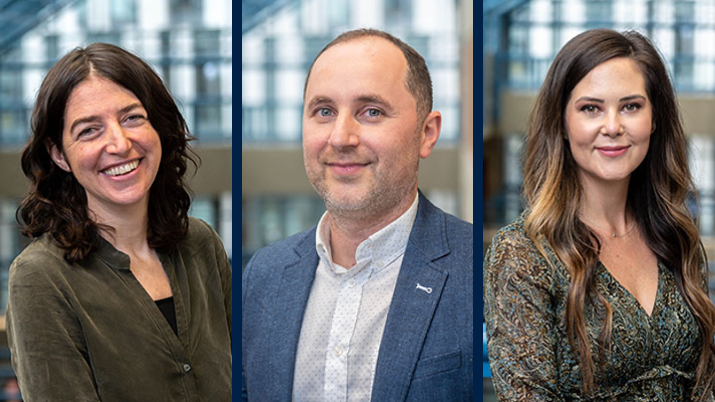