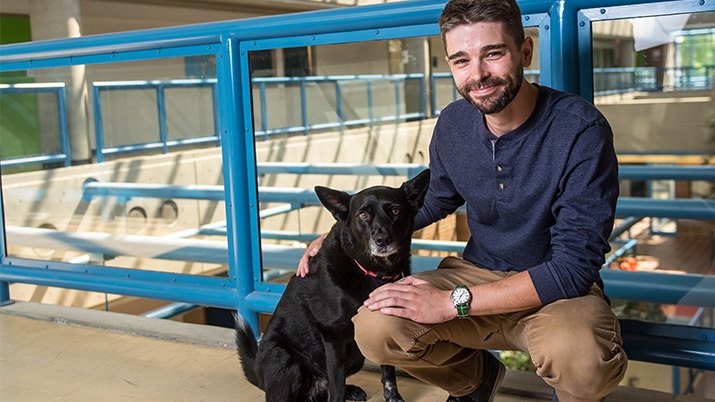 Jason Flindall and Leela in the Douglas T. Kenny Building.

Leela is no stranger to the Douglas T. Kenny Building. Her human, Postdoctoral Research Fellow Jason Flindall, loves that he is able to bring Leela to work with him. If you would like to meet her, you can stop by Kenny 3010 or just keep an eye on the back patio around lunch time. They are there most days—chasing rocks!

“Leela LOVES rocks; she *likes* tennis balls, frisbees, and stuffed animals, but ordinary rocks are her favourite. If she’s playing with a toy, and I pick up a rock, that toy is INSTANTLY forgotten. She doesn’t chew them, she just holds them gently.” 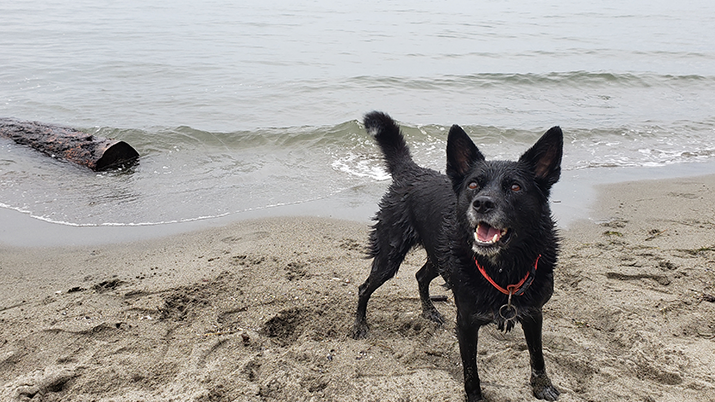 Leela at the beach.

Leela regularly brings her rocks inside and because they are small, Jason often doesn’t notice. These rocks turn up everywhere—so if you find a golf-ball sized rock on the floor in Kenny building, chances are it’s one of Leela’s.

“One of her favourite things to do is fetch rocks from rivers and streams. She’ll wade out, chest deep, and paw at the riverbed until she finds a loose rock. She’ll then stick her head all the way under the water, grab the rock, then carry it back to land. She’ll drop the rock, shake out her fur, then head right back to the water to find another rock.

During a hike last year, she carried a single rock for 6 km through the woods. THE TRAIL WAS COVERED IN IDENTICAL ROCKS. I still have no idea what made that rock special.” 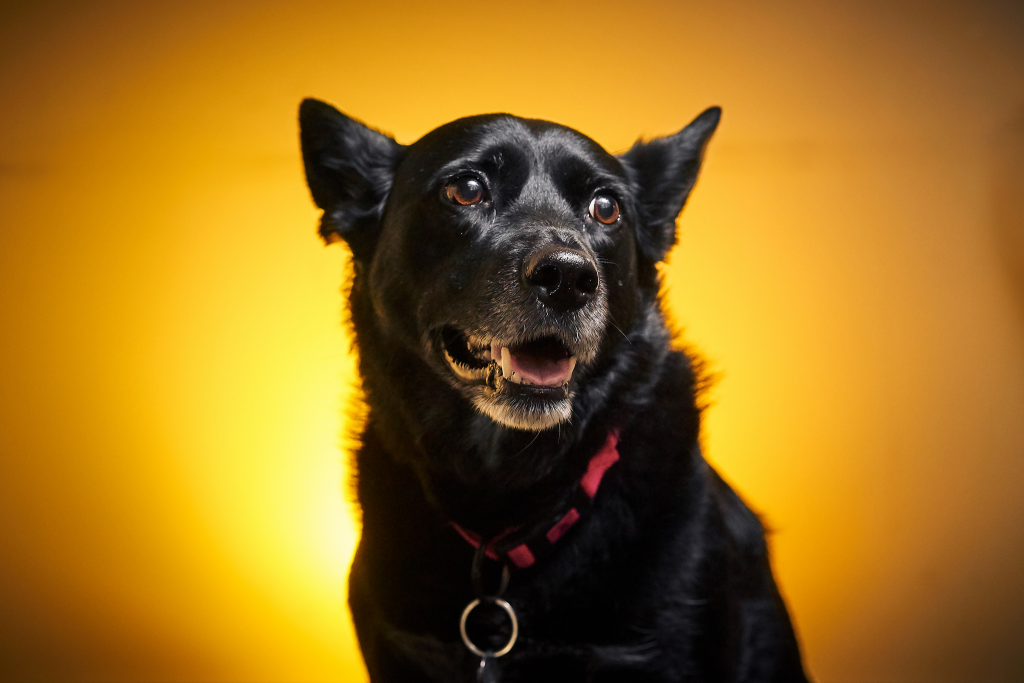 Leela also has many nicknames, check them out below!

Though originally hailing from the United States (like her human, postdoctoral teaching fellow, Parker Holman), Lucy now calls Canada home! Like a true BC Bulldog, she enjoys taking walks in Pacific Spirit Park and splashing around at the Spanish Banks dog beach.

Like most of us Lucas, a Poodle mix belonging to undergraduate student, Elisha Fu loves catching his Zzzs. Read about his favourite napping spots and more!

Meet Tema, a very scruffy labradoodle who is a natural when it comes to posing for photographs! You can find her Instagram account @tema.and.art
View all Newsarrow_right_alt
Share some fun stories and photos of your pet. 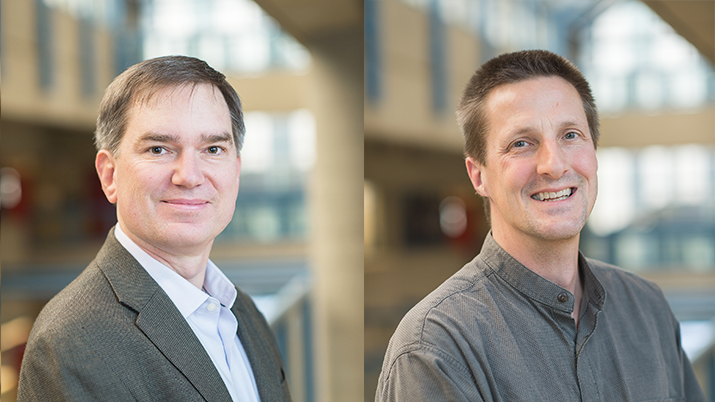 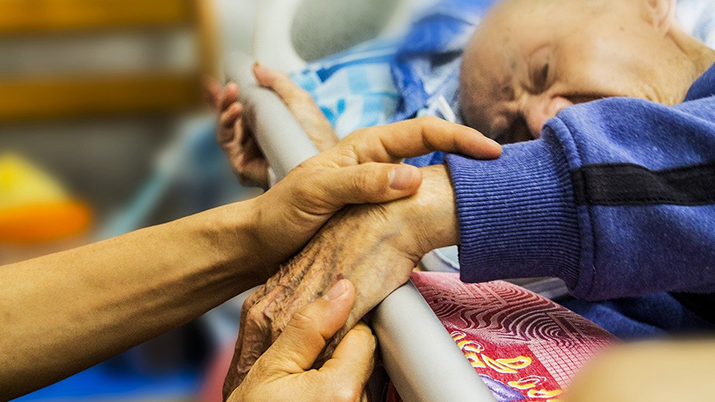