Q&A: The relationship between religion and culture Do people who affiliate with the same religious traditions share cultural traits—even across geographic distances and political boundaries?

To answer this question, a team of researchers explored different cultures around the globe for evidence of common cultural traits across religious groups. They found that people who share religious traditions were more culturally similar than those who do not.

The research, Cultural similarity among coreligionists within and between countries, published in Proceedings of the National Academy of Sciences of the United States of America, informs cultural evolutionary theories about the place of religion and secularity in the world’s cultural diversity.

Dr. Cindel White, now an assistant professor in the department of psychology at York University, and Dr. Ara Norenzayan discuss the findings and share some surprising results.

What was the impetus behind this research? 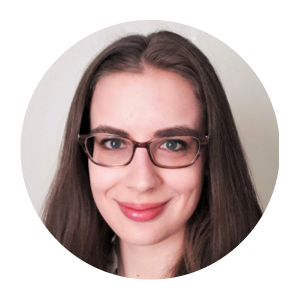 White: The world we live in is teeming with cultural diversity. What are the origins of this diversity? While we know that geography, social class, ethnicity and national culture are well-known sources of the world’s cultural diversity, less is known about religion’s role. For many people, religion is an important part of their identity and guides beliefs about what is true and right, and how to live one’s best life. Also, many established religions have been around for a long time. Therefore, religious traditions could be a potentially important source of variation in cultural traits around the world. We wanted to look broadly across a range of many different cultural traits, to see whether there was evidence of distinct patterns of cultural traits across members of different religious groups around the globe. We also compared the relative importance of religion and country in the way people come to share cultural traits.

“The most interesting question to us was whether religious traditions spill over into aspects of cultures that do not have religious content at all.”
Ara Norenzayan
Professor, UBC Psychology 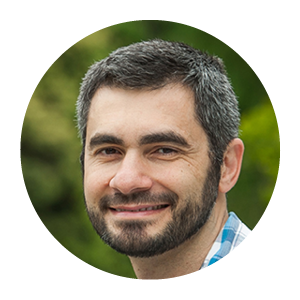 Norenzayan: We analyzed patterns in how groups of people responded to the World Values Survey: a large dataset with over two hundred thousand individuals from 88 countries, who reported their attitudes, beliefs, and preferences across many different domains in life. This included reports of religious and moral values, but also topics that were not obviously relevant to religion, such as attitudes towards finance, politics, child-rearing, social relationships, and law. Collectively we can treat these as shared cultural traits that characterize groups. We borrowed a technique from population biology to measure cultural distances between groups. The most interesting question to us was whether religious traditions spill over into aspects of cultures that do not have religious content at all. All of these were traits that could be potentially culturally transmitted, within religious or national groups. We wanted to know: how much of the global variability in these cultural traits can be traced to religious denominations, strength of religious commitment, and the country in which people lived?

What type of cultural similarities would we see in world religions, despite the geographic and political boundaries?

White: We found that affiliation with a particular religious tradition predicted a unique pattern of cultural traits. Furthermore, people who share a religious affiliation but live in different countries tended to be more similar to one another than they were to people with different religious affiliations. For example, all else being equal, Buddhist practitioners in Thailand to some degree shared cultural traits with Buddhist practitioners in China. What’s interesting about this is that co-religionists were culturally similar despite the geographic, ethnic, and linguistic divisions separating them. These patterns were present across many different domains of culture, showing a pervasive signature of religion in the way that cultural traits are distributed around the world. This implies that global religions foster super-ethnic cultural identities that reverberate in global events today.

What does this research tell us about the place of religion and secularity in the world’s cultural diversity?

Norenzayan: Although living in different countries was associated with much larger cultural differences than having different religious affiliations, one’s religious denomination and strength of religious commitment consistently explained unique variation in cultural traits: Those who shared a religion (or conversely, shared a secular, non-religious orientation) also shared cultural traits that distinguished them from other religious groups within the same countries. This means that we can look to variation in religious traditions – how religions are distributed through the world and how they are changing – to help us understand a variety of other cultural traits that vary across human populations. This cultural variation is not explained by other better-studied group markers, such as ethnicity, language, and nationality. Therefore, unpacking the relationships between religion and culture will be a necessary part of understanding the diverse array of attitudes, beliefs, and preferences around the world.

Did anything surprise you about the results?

White: One of the more surprising findings was the cultural similarities among co-religionists weren’t only present among those who were highly religious and committed to the same tradition.  People low in religious commitment – those who don’t identify themselves as religious and don’t attend religious services very often – were also similar to one another, and culturally different from highly-religious individuals.  It isn’t merely the type of religious affiliation, or strength of religious commitment that matter; these factors jointly predicted cultural similarity.  This provides evidence of a unique cultural signature of secularity. There is something to the idea that a global secular culture is emerging around the world.

Another surprising finding was that followers of the “Big Five” religions with a worldwide presence – Christianity, Islam, Buddhism, Judaism, and Hinduism – tended to cluster together, and collectively they were more distinct from smaller, local folk religious traditions (such as ancestral worshipping or spiritualist and pagan groups). On the whole, followers of these five world religions endorsed quite similar patterns of cultural values. There is a lot that adherents of these religious traditions share, despite contemporary anxieties about religious divides on the global stage.